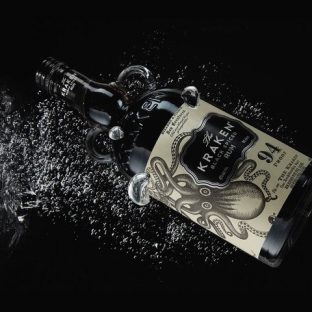 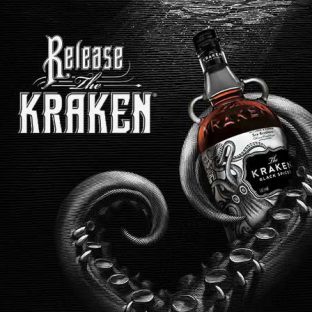 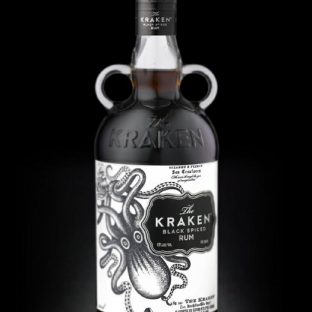 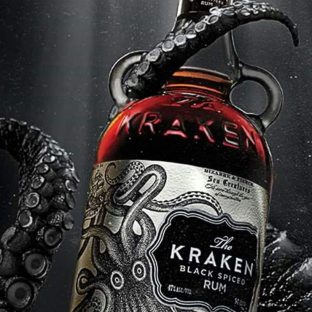 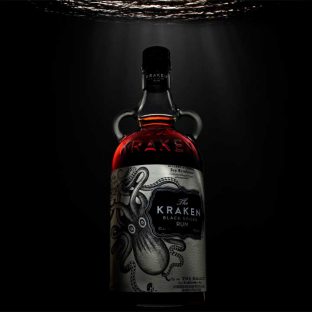 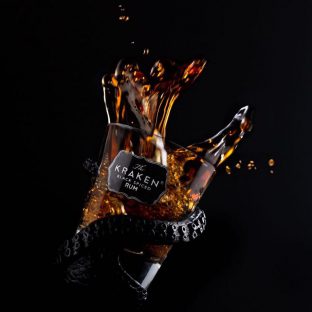 Kraken Black Spiced Rum is a Caribbean black spiced rum. It is distributed in the United States by Proximo Spirits, and named after the kraken, a mythical giant squid-like sea monster. However, the bottle has a rendering of the actual giant squid with a reference to its scientific name, Architeuthis Dux.

Kraken Rum was introduced in 2010. The base rum is from Trinidad, distilled from naturally sweet molasses made from locally grown sugar cane. The rum is aged 1–2 years and then blended with a mix of 11 spices, including cinnamon, ginger and clove. The liquid is black, revealing hints of brown when held up to the light.

The bottle is styled after a Victorian rum bottle, with two hoop handles based on the tradition of hanging a bottle to prevent breakages. The bottle has a black and white paper label featuring an illustration of a Kraken sea creature. The bottle’s back label states that it is “imported rum from the Caribbean blended with natural flavors.

Kraken has been named an Impact “Hot Brand” by Impact magazine.