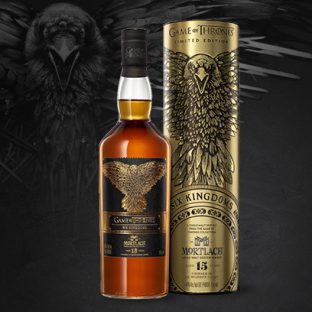 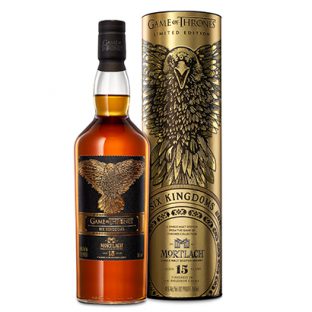 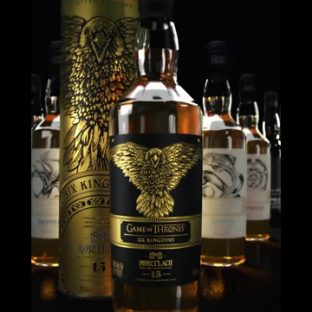 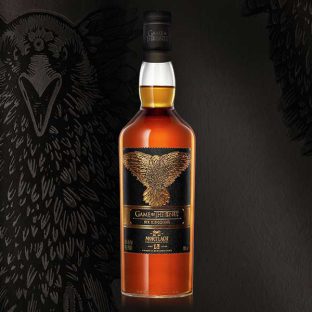 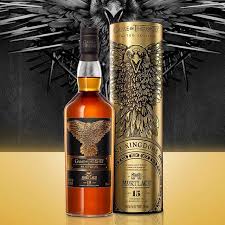 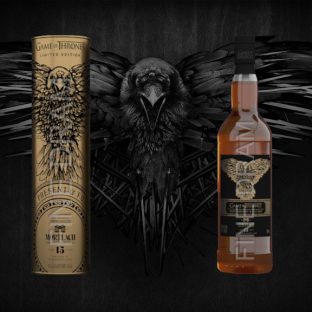 The ninth and final bottling of the Game of Thrones inspired series. This 15-year-old Mortlach single malt is inspired by the King of the North Bran Stark, who served as the Three-Eyed Raven.

Situated in the heart of the Speyside region of Scotland, Dufftown is known as the Whisky Capital of the World. The village, which produces more malt whisky than any other town in Scotland, is home to seven distilleries, the oldest of which is Mortlach Distillery.

The smash-hit series Game of Thrones has teamed up with spirits giant Diageo, to create a collection of rare Scotches inspired by the royal Houses of Westeros. In honor of the Emmy-winning show, these iconic whiskies serve as must-have collectibles for Game of Thrones and Scotch adorers.

This Mortlach single malt is inspired by the three-eyed raven. Presented in a metallic gold canister featuring an illustration of the Three-Eyed Raven, the design pays homage to the King of the North Bran Stark, who served as the Three-Eyed Raven and granted independence of the kingdom of the north.

Called Six Kingdoms – Mortlach Single Malt Scotch Whisky, is the ninth and final bottling to join the Game of Thrones-inspired range. This whisky delivers a fruity character with bold, smooth notes of vanilla and spice. Best served neat, over ice or with a dash of water, which develops the fresh fruit character.

Fruity notes, on the nose with bold, smooth flavors with notes of vanilla and spice. The palate has initial flavor of citrus and dried fruits, followed by caramelized apples, pears, brown sugar and pie crust. Full-bodied and rich, this whisky finishes with a zest of peeper and baked goods.