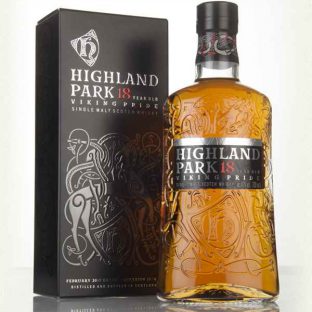 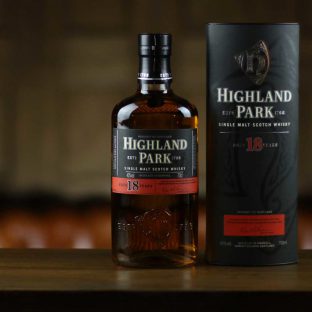 “The very latest bottlings have been astonishing…a glass of something honeyed and dazzling awaits!”
95.5 points – Jim Murray’s Whisky Bible

Perhaps more than standing stones, Neolithic settlements, a Viking Cathedral and Norse sagas, Orkney is famous for two distillieries: Scapa and Highland Park. The latter at 18 years of age has earned a place in the Scotch Whisky pantheon as one of the ‘classics’. In short, a whisky every one should experience. Or, in the words of spirits writer, F.Paul Pacault, “It fits my profile of what makes a perfect whisky. Which is to say it’s totally in harmony. There are no rough edges and everything is melded together brilliantly”. Slow-burning, aromatic peat from Hobbister Moor and Sherry seasoned European oak casks result in a style that was once evocatively described as “…An empty honey jar which once held peaty embers.”

Tasting note: Deep amber gold. A sophisticated sniff evoking nuances of dried fruits (fig, dates), honey, gristy malt and delicate brush strokes of sweet smoke. Later inhalations hint at waxy apple, orange spice cake, choc ripple cookie and cinnamon. After 5-10 minutes the nose drops off leaving dark chocolate and trace sulphur. Honeyed barley and sherry notes beautifully harmonise with earthy peat; the sweetness balanced by orange zest and a touch of salt…rebounds in the aftertaste. Almost full circle round the flavour wheel, and for that reason, one of the most quintessential of all Scotch single malts. Some tasters found the Sherry input slightly less than years gone by, but otherwise, about as good as it’s been since the inaugural 1997. 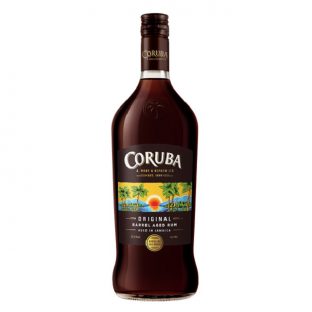