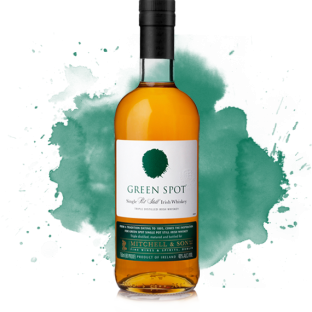 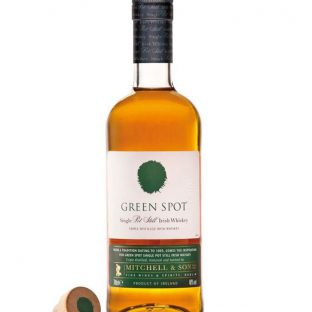 Green Spot is a single pot still Irish whiskey, produced specifically for Mitchell & Son of Dublin by Irish Distillers at the Midleton Distillery in Cork, Ireland. Described by whiskey writer Jim Murray as “unquestionably one of the world’s great whiskeys”, Green Spot is one of the few remaining bonded Irish whiskeys. Along with Mitchell’s older bottling, Yellow Spot, it is one of only two whiskeys specifically produced for and sold by an independent wine merchant in Ireland.

“…to the true Irish whiskey drinker what the Irish Round Tower is to the archaeologist…Unquestionably one of the world’s great whiskies.”