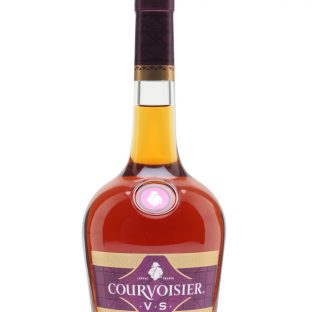 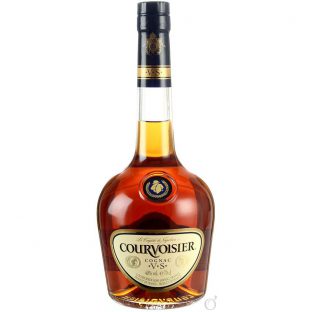 Courvoisier (French pronunciation: ​[kuʁvwazje]) is a brand of cognac owned by Beam Suntory, a subsidiary of Suntory Holdings of Osaka, Japan. The production is based in the town of Jarnac in the Charente region of France.

Napoleon Bonaparte visited Bercy in 1811 as documented in a historic painting by Etienne Bouhot and later was credited with saying he wanted his artillery companies to have a ration of cognac during the Napoleonic Wars. Legend has it that Napoleon I later took several barrels of cognac with him to St Helena, a treat much appreciated by the English officers on the ship, who named it “the Cognac of Napoleon”.

In 1869, Napoleon Bonaparte’s heir Napoleon III personally requested Courvoisier and bestowed the honourable title of “Official Supplier to the Imperial Court” which is still displayed at the Courvoisier museum in Jarnac.

Courvoisier was granted the ‘Prestige de la France’ in 1984 for providing quality products in France and remains the only cognac house to have received the award. Liquor ratings aggregator Proof 66 lists the Courvoisier 21 among the Top 20 rated brandies/cognacs in the world.

Courvoisier VS (Very Special) is a mouth-watering blend of cognacs aged for between four and eight years. Grapes from the Fins Bois and Petite Champagne crus give complex fruity notes, richness and depth unmatched by any other VS on the market.

“An elegant and harmonious cognac with strong notes of fresh fruit and a fresh oaky taste.” Servings Neat: Serve Courvoisier VS at room temperature and after pouring, leave for a minute to allow it to fully release its bright and youthful aromas. Our Master Blender calls this ‘La Minute Mystique’.

For a fresh twist, Courvoisier VS can be served super-chilled in an icy bottle so it pours like nectar.

Cocktails: World-famous mixologist Dale De Groff once stated that Courvoisier VS was his favourite VS cognac. With its pronounced fruit and flower aromas, Courvoisier VS is one of the most versatile spirits when it comes to creating cocktails and punches. From simple mixes with cola, lemonade and ginger ale to more elaborate cocktails that build on its fresh and fruity flavours.