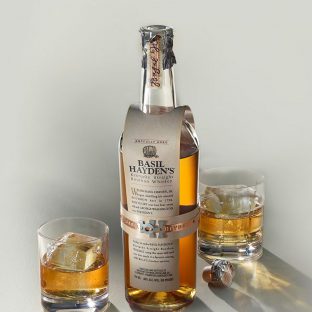 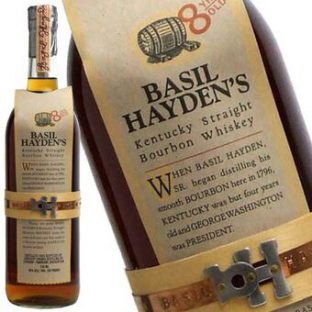 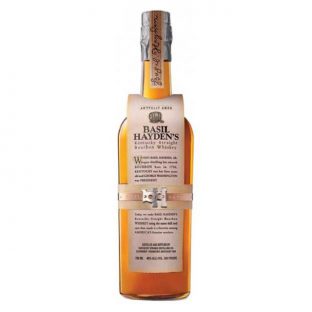 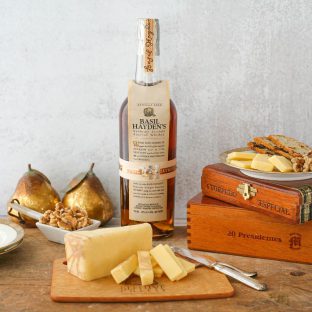 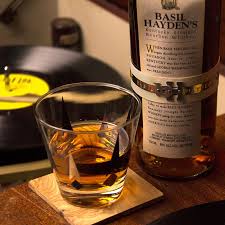 Basil Hayden’s is the lightest-bodied bourbon whiskey in the family of Jim Beam small batch bourbons produced by Beam Suntory. It is 80 proof, in contrast with its three sibling brands of higher alcohol concentration (Knob Creek, Booker’s, and Baker’s).

The Basil Hayden’s bourbon brand was introduced in 1992 and is named in honor of Meredith Basil Hayden Sr. Hayden was a distiller, and he used a larger amount of rye in his mash than in some other bourbons. Later, Hayden’s grandson Raymond B. Hayden founded a distillery in Nelson County and named his label “Old Grand-Dad”, in honor of his grandfather,  which bears a rendering of Basil Sr.’s likeness. When Beam Industries introduced their “small batch” collection, among the four was “Basil Hayden’s,” which the company says uses a mash similar to that originally utilized by Hayden in 1792.

The brand expression was originally labeled as “Aged 8 Years”, but in 2014, the age statement was replaced by “Artfully Aged”, indicating that the brand no longer carries an age guarantee.