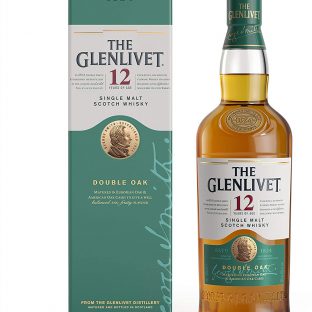 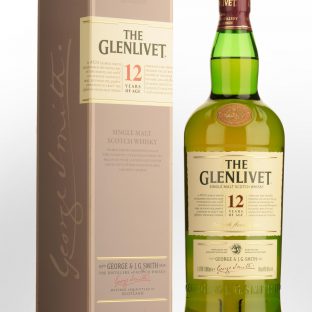 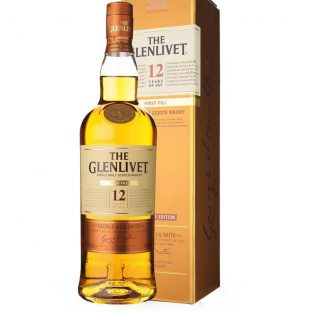 The Glenlivet distillery is a distillery near Ballindalloch in Moray, Scotland that produces single malt Scotch whisky. It is the oldest legal distillery in the parish of Glenlivet, and the production place of the Scottish whisky of the same name. It was founded in 1824 and has operated almost continuously since.

Today, the distillery is owned by the French alcoholic beverages company Pernod Ricard, which also oversees the distillery’s production of 5,900,000 proof litres per annum. The majority of this – enough for 6 million bottles – is sold as The Glenlivet single malt, with the remainder being used in Pernod Ricard’s blended whisky brands.

Glenlivet is categorised as a Speyside distillery. As of 2016, The Glenlivet range consists of 14 whiskies.

Excellent 12 year old single malt from the Glenlivet Distillery in Speyside, which enjoys its maturation in both European and American oak casks. It’s an immensely popular expression which disappeared from shelves in 2015, but has since returned! A great example of the character of Glenlivet’s whisky, boasting a bounty of orchard fruit, fragrant florals and honeyed malt notes carried on a creamy mouth feel.

Palate: Buttery and vanilla-rich, though still packing all the bright fruit notes from the nose.

Finish: A soft crackle of oaky spice and malt, plus a hint of red apple juiciness.