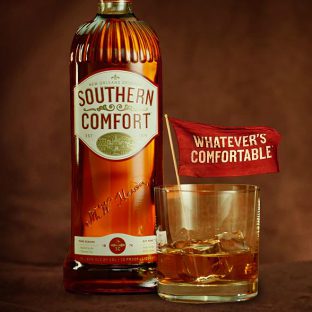 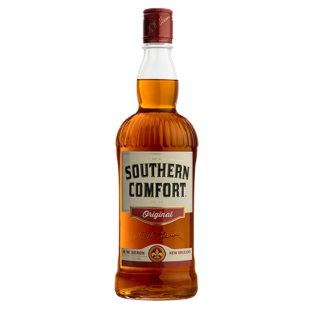 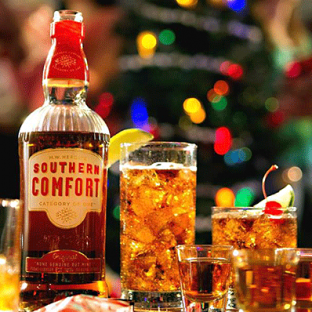 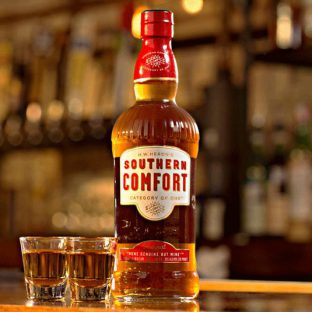 Southern Comfort (often abbreviated SoCo) is an American whiskey flavored liqueur with fruit and spice accents. The brand was originally created by bartender Martin Wilkes Heron in New Orleans in 1874, and originally used whiskey as the base spirit. Since March 1, 2016, the brand has been owned by the Sazerac Company, which purchased it from Brown-Forman.

Southern Comfort is used in the creation of numerous cocktails, including the Alabama Slammer.

One of the earliest Southern Comfort-based cocktails to be marketed was the Scarlett O’Hara, named after the character and concocted in tribute to the release of the film adaptation of Gone with the Wind in 1939. The mixture includes Southern Comfort, cranberry juice, and fresh lime.