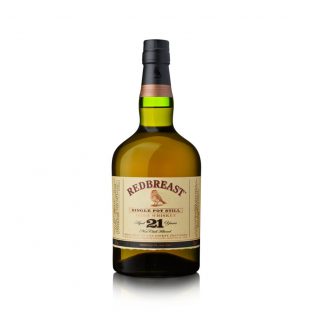 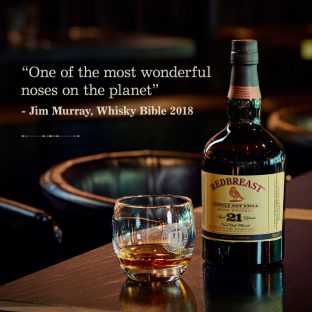 Redbreast is a brand of single pot still Irish Whiskey produced by Irish Distillers. It was originally produced by Gilbey’s, a Dublin spirits merchant using distillate sourced from Jameson’s Bow Street Distillery. In the 1980s, the brand was purchased by Irish Distillers, the producer of Jameson Irish whiskey. It is the largest selling single pot still Irish whiskey in the world.

Redbreast 21 Year Old was named Second Finest Whiskey in the World in Jim Murray’s 2018 Whisky Bible, with a score of 97/100. Murray remarked that Redbreast 21 was “Amongst the world’s truly great whiskies and near blue print for the perfect pot still Irish Whiskey”.

Tasting Notes of the 21YO:

Finish: Lingers, seemingly forever, to oak and pot spices, and then, the final bow to barley- where it all began.