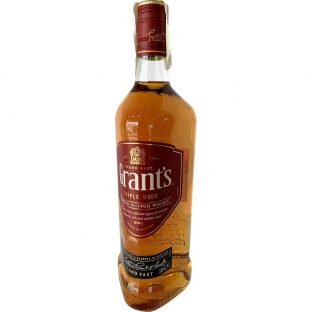 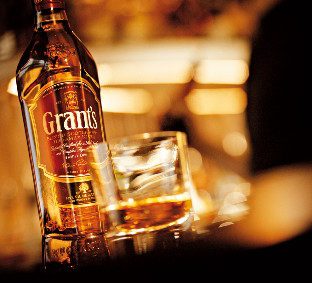 In 1886, William Grant started working in the distillery business as a bookkeeper. In 1898, Pattison’s, the largest Scotch whisky blender at the time, went bankrupt and William Grant stepped in and launched Grant’s whisky.

William built the Glenfiddich Distillery in Dufftown, Scotland, with the help of his seven sons and two daughters and on Christmas Day, 1887, it produced its first drops of spirit.

Later, William’s son-in-law Charles Gordon became the company’s first salesman, and in 1909 spent a year taking Grant’s to Australia and the Far East.

In 1915, a new law stated that the minimum maturation period for Scotch whisky was to be two years (today it is three). While this led to the ruin of many a Scotch whisky distillery, William Grant had kept a supply of aging whisky in stock and was able to ensure continued production.

William Grant died in 1923 but by this time, the family business was well established.

Today, Grant’s continues to be family-owned and run. The current CEO, Peter Gordon, is the fifth generation of the family to head the business.

Grant’s is the oldest family-owned blended whisky and is currently sold in over 180 countries. It is the world’s fourth largest Scotch whisky brand, selling 4.1 million cases of whisky in the first half of 2020.

Grant’s is sold in a bottle that has a triangular cross section starting from 1957. The designer Hans Schleger came to Britain as a refugee from Nazi Germany. He was asked to create a distinctive, elegant bottle that would showcase the quality and colour of the whisky as well being able to be stacked and packed efficiently. The triangular-shaped bottle was first used in 1956 for Glenfiddich Single Malt Scotch, also owned by William Grant & Sons.

In 2002, the Grant’s bottle and label were both updated. This included embossing the bottle with the Grant coat of arms and the motto “Stand Fast” – the war cry of Clan Grant, to which William belonged. The words “Est. 1887” and “Independent Family Distillers for Five Generations” were also added.

Grant’s blended whiskies are made using grain whisky from the Girvan distillery as a base, blended with a variety of single malts and other grain whiskies. The full range includes the Family Reserve, Ale Cask, Sherry Cask, 12, 18 & 25 Year Old. The distillery at Girvan produces a light grain whisky that allows the character and sweetness of the malt whiskies to come through into the final blend.

Grant’s Blended Malt – created exclusively from Speyside-style single malts to produce a blend with a malty, fruity taste. Its taste is described as sweet, smooth and delicate.