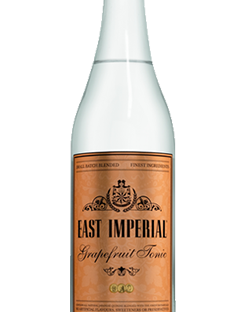 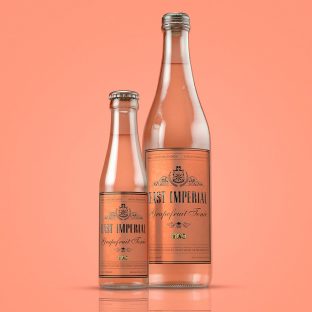 The grapefruit was not discovered until the 18th century and botanists believe it is the result of crossbreeding sweet oranges of Barbados with the pomelo, a citrus fruit native to Indonesia. The British knew that not only was this new fruit delicious, it was very good for you too, with sailors and explorers favouring it over lime and lemons due to its natural higher vitamin C content.

Enter Harry Craddock, who was known in the 1930s for his fantastic cocktails at iconic London destinations, The Savoy and The Dorchester Hotel. In his journals and recipes he often spoke of using the ‘forbidden fruit’ and his secrets remained somewhat shrouded in mystery until recent years. Inspired by Craddock, we’ve taken the South East Asian Pomelo, which delivers a deep rich orange note and carefully blended this with Ruby Red Grapefruit, resulting in a tonic which delivers the ultimate citrus balance.

Round and lavish initial palate, packed with pomelo and citrus oil. Finishes with a generous hit of ruby red grapefruit zest.