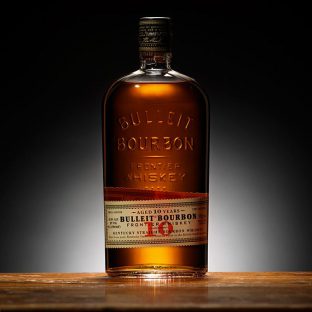 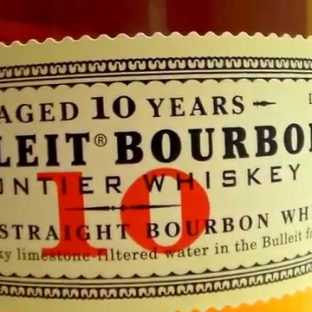 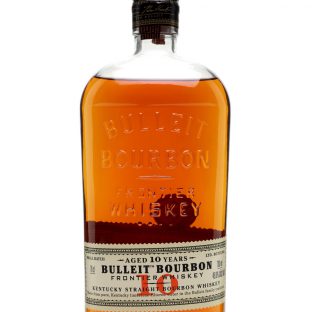 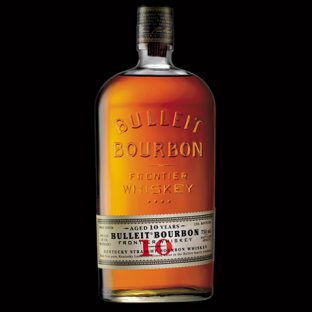 Bulleit 10 Year was a brand expansion in 2013. It has the same mashbill as their no age statement bourbon. According to Tom Bulleit in the spring 2013 Bourbon Review, “There are some barrels you come across that are good candidates to push out or age longer, and we’ve been following this system since day one. We finally got to the point where we believe we have enough quality barrels to bring an older Bourbon to the market.” He added that 10 year old bourbon is the youngest whiskey that goes into Bulleit 10 Year, with some 11 and 12 year old blended in as well.

Sweet caramel and vanilla notes are beautifully offset by toasted oak and spice. A noticeable deeper layer of citrus, cherry, butterscotch, and pepper adds a small, but beneficial layer of depth. A healthy inhale of the aromas is even more satisfying as it brings out an extra layer of intensity. While it would be going too far to call the scents amazing, they definitely leave a positive impression and are better than some bourbons twice its price.

Spice and wood jump strongly out of the gate, overlapping notes of cherry, vanilla, and leather. There is an enjoyable, yet relatively shallow amount of depth in the palate that’s over with far too quickly. A gentle sipper with a spicy bite.

There is a fleeting intensity of flavors here. There’s an immediate rush of dark fruit and rye spice that quickly peters out leaving a dry, flat, and overall one-dimensional aftertaste. Wood takes over and dominates the long finish, overstaying its welcome and lasting longer than it should.

As with the no age statement (NAS) orange label Bulleit, Bulleit 10 Year has a very spicy and wood-forward palate, but packs a little more of a pop. Surprisingly, the extra age in the barrel does little to mellow the 10 Year’s spice and it’s very hard to detect if it got any sweeter. The extra aging does bring some much needed depth to its palate that the NAS version lacks. This is important, since Bulleit 10 Year is priced in the $40 range and will be more likely consumed as a sipping bourbon vs used as more as a mixer like the NAS version. Beyond its spicy character and great nose, there is little here to call overly unique to distinguish itself from the NAS bottle.